The management reporting dashboard allows you as a manager to get a birds-eye view of what is going on in your business and where the risk areas are that you should investigate.

Let's break it down section by section:

Ideally, you want to see the colored area of this graph become smaller and smaller which will indicate that on a weekly basis your users are closing/resolving more issues than new ones being logged. So for this to happen your solid green line should be above the blue line.

If you hover over a dot on a line it will show you the date of the end of that week as well as the number in a little popup as per the example for 13 March above. 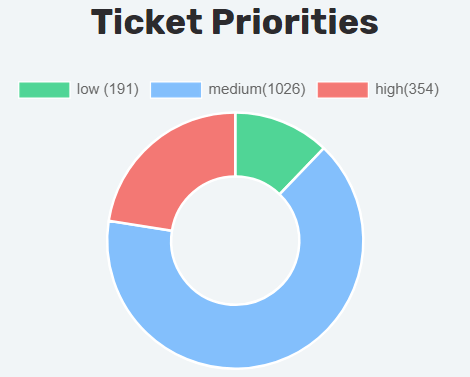 This table shows the productivity surrounding inspections done per user